Road riders have been taking drop-bar bikes off road for years. But in the days before every bike manufacturer had shoehorned a gravel bike into its catalog, this type of riding was the exclusive domain of cyclocross bikes. And truth be told, they did (and still do) a pretty good job of it. Now, however, the popularity of gravel bikes is vastly outstripping ‘cross bikes, and questions naturally have begun to arise over where cyclocross ends and gravel begins.

Specialized is venturing headlong into those murky waters with a reimagined Crux that departs from its exclusively cyclocross roots and embraces a dual-role as a lightweight, minimalist gravel rig. But in broadening its horizons, has the S-Works Crux maintained its ‘cross capabilities? 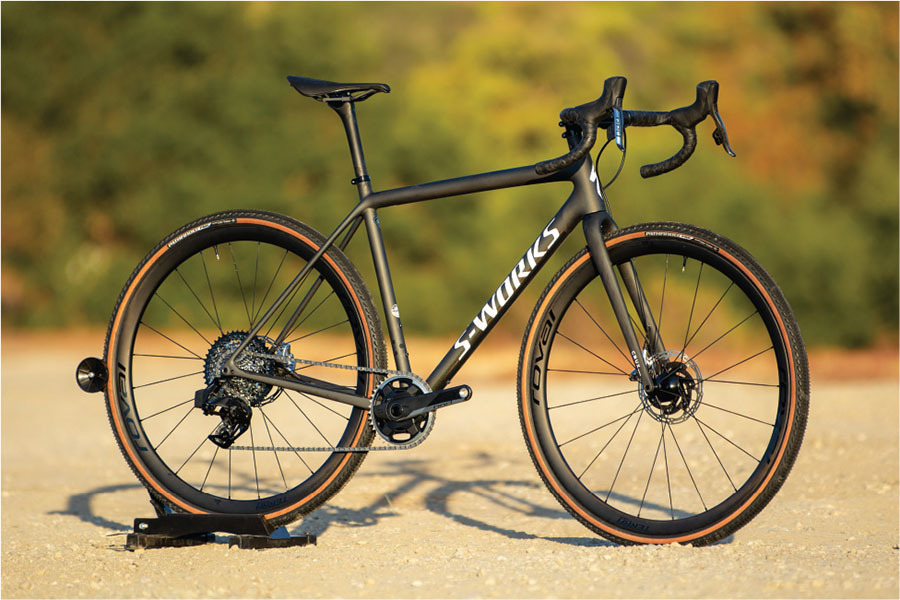 There’s light and then there’s the new S-Works Crux. Try 725 grams for a painted size 56 frame. Add in 400 grams for the fork and you’re looking at a total frameset weight that’s less than many gravel frames out there. Naturally, that makes for a light full build as well. Our size 54 test bike weighed in at just 16.21 pounds (7.35 kilos).

Shaving off more than 200 grams from the previous Crux was no small feat; it owes heavily to breakthroughs made in the development of the Aethos road bike released last year. By using longer plies of the brand’s 12r carbon in the layup and reducing layers of material to exactly what’s required for the necessary stiffness throughout the frame, Specialized has been able to bring gravel to a new weight frontier.

Low weight is a nice selling point, but it means nothing if the bike doesn’t handle properly. The Crux geometry has been updated in subtle but important ways. The bottom-bracket drop has increased by a few millimeters, providing more stability while balancing the need for the bike to react quickly. Reach has been increased as well, helping remove toeoverlap. That’s offset by a shorter stem for quick handling on the constantly changing lines of ’cross courses. Additionally, stack has been lowered to put riders in an aggressive position—this bike is definitely meant to perform.

Another crucial update to the Crux is to tire clearance. It now has room for up to 700×47c or 650×2.1-inch tires, bringing it in line with the Specialized Diverge and many other highly capable gravel bikes. The bike also accomplishes that without the use of a dropped chainstay, resulting in clean, uninterrupted lines. Continuing the clean design, Specialized has kept things minimal, eschewing bag, rack and fender mounts, helping save additional grams (though there is a third water bottle mount on the underside of the downtube, a welcomed addition for any trip into the unknown). However, anyone looking for adventure rides and bikepacking might want to look at something with a few more mounts. And though the frame is quite advanced, there’s nothing exotic about many of its components—something that we greatly appreciate. It uses a common 27.2mm round seat post and an easily serviceable threaded bottom bracket.

Any concerns we had about the Crux venturing too far from its ’cross origins were short lived. It’s one of the most responsive gravel bikes we’ve tried, with quick handling that can turn on a dime. Serious cyclocross racers might lament no longer having a bike from Specialized that’s 100-percent focused on that discipline, but the Crux hasn’t left us wanting on this front. And the added versatility of a bike that’s compliant enough for extended gravel rides is hard to pass up. Then there’s the road performance. On pavement, it can even be easy to forget you’re on a bike designed to thrive off road. Toss on some road wheels and you have a bike that’s plenty capable on the group ride.

But what sets this bike apart the most is its low weight. On gravel climbs, where we’ve grown accustomed to the added pounds of gravel bikes slowing things down a bit, the Crux is unmatched. This bike truly climbs effortlessly and wouldn’t be out of place on the slopes of Alpe d’Huez.

While not the most adventure-ready gravel bike out there, the Crux is an enticing option for anyone looking for a lightweight, responsive gravel racer. And anyone looking for an ultra-minimal stable may find their gravel, ’cross and road needs all met in the Crux. It delivers speed and enjoyable handling on just about any terrain. 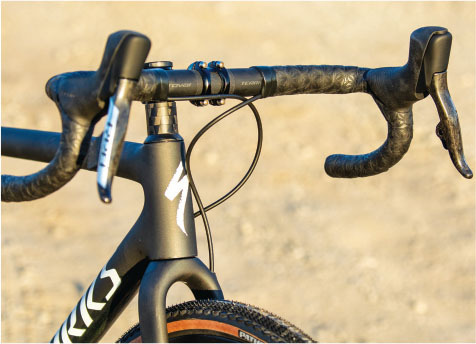