Italian bike racer Giovanni Gerbi, born in 1885 and known as the Red Devil, was a pioneer of the heroic cycling era—that old-school cycling period that featured steel bikes, single-speed gearing, wool shorts and jerseys, hard leather shoes and gravel roads. When Gerbi took part in the 1904 Tour de France at age 19, he rode his bike 800 kilometers from his home in Asti to the start in Paris.

More than a century later, we are headed into the Alps from Turin, just 50 kilometers west of Gerbi’s hometown, on a trek to watch stage 19 of the 2019 Tour de France on the Col du Galibier. We climb the alpine pass on carbon-fiber bikes with dozens of gears, wearing Gore-Tex clothing, soft leather shoes, Lycra shorts, merino wool jerseys and fashion sunglasses. For sure, times have changed, people have changed and the materials have changed; but one thing has remained the same: our passion for cycling, the desire to pedal and discover new roads, with a gentle breeze on our faces. 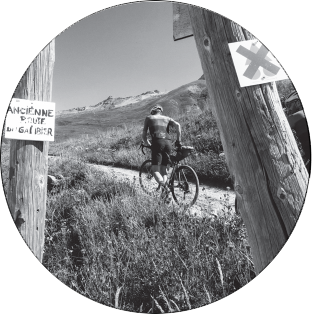 Early on the morning of the Tour stage, we ride up the ancien route du Galibier to the summit, a totally gravel road that’s not so long but hard to climb on a sunny day in July. Since it was first included in the Tour in 1911, the Galibier has become one of the Tour’s most prestigious and famous climbs. And this “old road” was the original route before tarmac was invented. Today, cows graze quietly on the mountain slopes and grass sprouts from the track once ridden by the heroic champions of yesteryear.

Pedaling up this ancient pathway, we share elements that we’ve always loved: stunning mountain views, thin air, silence and no motorized traffic. It seems like a normal day in the Alps but it’s not a normal day when we embrace the scene at the top of the Galibier. After the peaceful climb we find the storm, not a climatic one because the sun still shines strongly, but a storm of people waiting for the Tour de France. It’s hard to express our feelings, but to find so many people from all over the world united for the same passion that motivates us, it’s a poem to joy, a hymn to cycling. 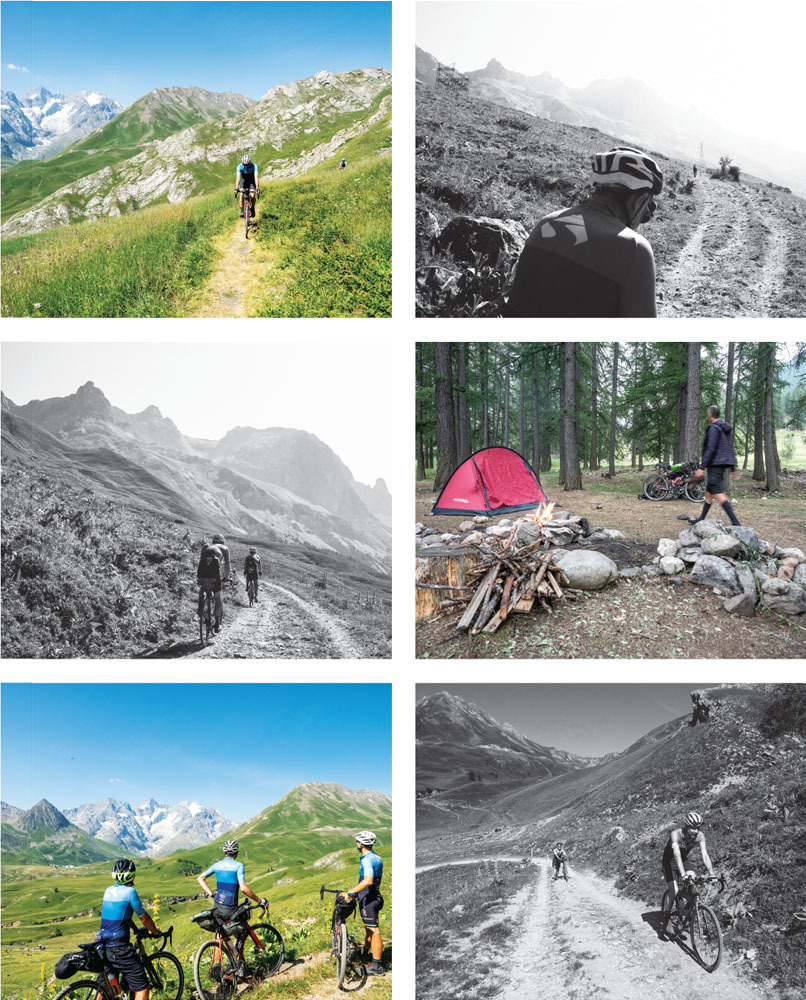 There’s a longtime intercourse between Europe’s grand tours and their fans that culminates in the mountain stages. Here, the real contact takes place—touches, whispers and screams. We feel the intimacy of the race and let the passion take over. This is where the sport of cycling reaches its climax with a passion that’s found nowhere else.

Once on the summit we have to wait for the peloton, standing beneath the sun, looking at the long and winding climb that opens up the snowy peaks. The switchbacks resemble an immense snake, a harmless one if you aren’t in the race, of course. Then, in the late afternoon, the first riders appear from the belly of this snake. Only a few remain ahead of the peloton and just one dominates the rest. Moments later, between the rocks that line the Galibier, emerges the native Colombian profile of Nairo Quintana.

Gerbi never tackled the Galibier, but the year it was first climbed at the Tour, in 1911, he was racing on the gravel roads of the Giro d’Italia, placing third overall. We think about Gerbi, Quintana and his modern counterparts as we leave the Alps on our return home. More than ever, we feel that our sport is timeless.

From issue 91, get your copy here