Southwest of Tokyo, jutting into the Pacific Ocean and entirely within the Fuji Volcanic Zone, lies the Izu peninsula. If that name doesn’t ring a bell, maybe its exported products, such as wasabi nuts and shiitake mushrooms, do. Izu is also famed for its onsen—Japanese bathhouses to which tourists find their way to sweat it all out in the shadows of Izu’s many volcanoes, with Mount Fuji being the most famous.

But it’s neither nature nor bathhouses that bring us here, but a rather atypical institution. Hidden by the dense, humid forests surrounding it, this establishment is the Japan Keirin School. Here, about a hundred boys and girls are trained, drilled and, occasionally, beaten with the sensei’s bamboo stick to become bicycle track racers. Or, more specifically, keirin racers. The sport isn’t unknown to us, but the western world has copied the Japanese tradition and modernized it for inclusion in the Olympics and world championships. But here in Izu keirin is practiced as it always has been. 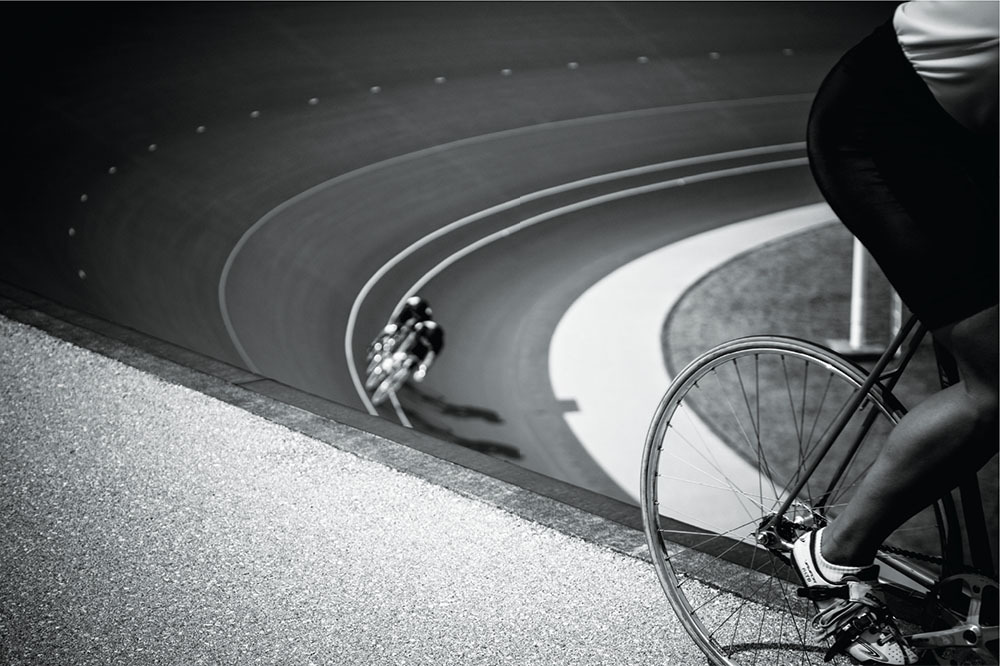 The concept is simple. A neutral track racer—not a derny motorcycle as used at the Olympics—starts in front of a peloton of nine racers and sets the pace for about a mile. He systematically increases the speed to 50 kilometers per hour and leaves the track half a mile before the finish. That’s when the keirin racers start jostling for position before making their sprints to the finish line. For Japanese fans of the sport, keirin is first and foremost a betting sport.

World War II left Japan in massive debt. Money was necessary for the country to rise up from the debris of the atomic bombings of Hiroshima and Nagasaki, so, in 1948, the Japanese government introduced the sport of keirin, with the intent of gaining from the gambling that accompanied it. The same goes for keiba (horse racing) and keitei (powerboat racing).

Competition is strong if you aspire to becoming a professional keirin racer. But with a yearly income of up to $2 million, that’s understandable. It’s a gambling sport, so the money the racers make depends on the bets made by keirin fans. At the beginning of each race, those fans receive information on the competing cyclists, including their condition, the thickness of their thighs, their blood type, their race tactics and, in some cases, their zodiac sign. For the people watching this is more than a sport. But if this makes you believe keirin racers receive the highest accolade in modern-day Japanese society, you are wrong. They are seen as pawns in a game, rather than athletes, faceless to the public and reduced to a number and color. And as a spectator, picking the right one could make you rich. 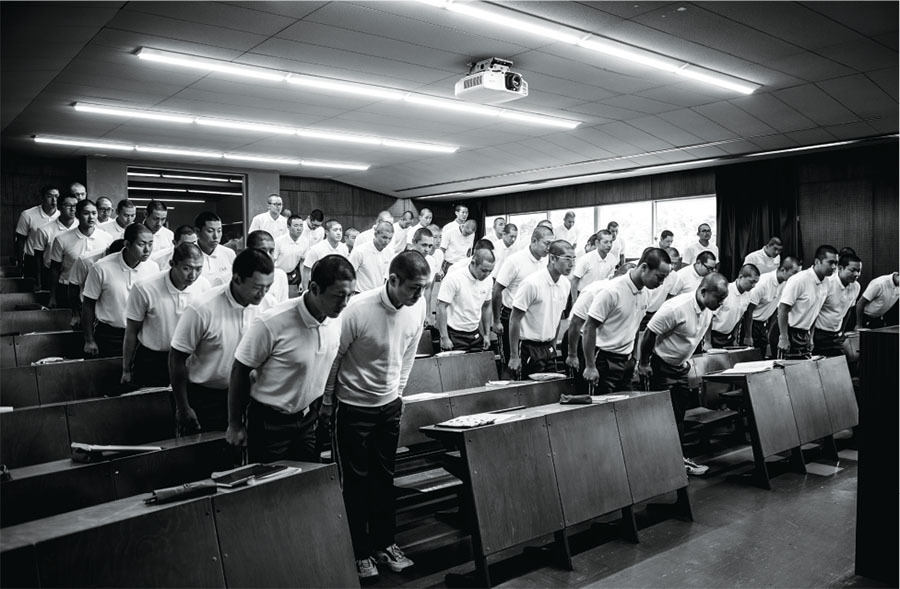 If you know a little about the Japanese, you might have heard how much they like traditions. That is why the keirin rulebook has remained unchanged since its introduction 70 years ago. This is the opposite of the rules in western sports, where they are ever changing. So today, every keirin race in Japan is still based on nine identical steel-framed track bikes, the only difference between them being the seat’s height. And, like 70 years ago, it is still all about the money.

To become a keirin racer, you need an official license from the Nihon Jitensha Shinkokai (or Japan Bicycle Promotion). In case you have ties with the Japanese mob, better known as the yakuza, all you need to do to get that license is to apply to the Japan Keirin School. If you don’t, you better be in good shape, because the school only opens its doors for those who can ride a kilometer in 70 seconds, and do a 200-meter sprint in 12.8 seconds. Those who can achieve those times have to hand in all their personal possessions, including cell phones, to become part of a world that lacks any emotion or empathy. The only item a keirin scholar is allowed to keep is a personal photograph on a nightstand. Alarm clocks are set for 6:30 every morning, diets consist of large amounts of fish, rice and miso soup, and Izu’s mountainous terrain becomes the students’ backyard—the perfect environment for endurance training under their teacher’s eyes. When they’re not on their bikes, the aspiring keirin riders have their noses in books explaining the business model of betting sports.

At the end of the year, graduates receive their license to compete in professional keirin races. Foreign applicants, especially those with financial power, don’t have to go through a year of suffering to become a keirin competitor. For those wealthy students, a two-week boot camp suffices. That also means they skip the months away from relatives—and the occasional whip of the sensei’s bamboo stick.

Japanese keirin racers don’t compete in international tournaments, not even in the Olympics. Why? There’s just no comparison to the money they can earn in Japan. Entering other tournaments would only mess up their agenda and income. To give you an idea: At the end of the yearly competition, the nine best-ranked competitors race against each other. Whoever wins that final race goes home with a million dollars! Needless to say, this is quite an incentive for pupils applying to the Japan Keirin School.

A keirin racer has three possible strategies: senko, makuri or oikumi. Opting for senko means going for first position right from the start and holding a sprint for the whole race. A makuri waits second in line and busts out all his energy halfway through. The oikumi stays in the background until he releases all his pent-up strength for the final sprint. The riders’ different strategies are shared with the spectators and obviously affect their bets.

Watching fans are also informed about the racers’ physical shape. Injuries are very common here—the average keirin racer breaks his collarbone twice in his career. That’s understandable if you know about all the contact allowed during the sprints. You even see the occasional head butt, which in turn explains why the helmets are the size of an astronaut’s. And if your bodily wellbeing doesn’t break your spirit to become a rookie professional in the sport of keirin, maybe the emotional ordeal does. The monastic life on the Izu peninsula prepares the students for the loneliness of a keirin tournament. Before each tournament, they go into a kind of quarantine, to counter match fixing. Again, the riders have to hand over their mobile phones and laptops to the organizers, and just a bed, a bicycle and a series of races await them. For days, they can only talk to each other.

Seeing the images of a hundred riders in uniform might give the idea that the Japan Keirin School is constantly delivering top athletes. That is not the case. Only a few achieve the elite level in this waning discipline. There is hardly any audience in the stadium itself. Most spectators sit in the adjoining arcade, where they watch a big screen while smoking cigarettes, swear after every race, and bet again. Or they are watching from somewhere else in Japan, in a local gambling office.

The public is aging and Japanese youth is losing interest in the sport. The glory days of keirin seem to be over. The same goes for the riders—some of whom are in their 40s, even 50s, carrying a whole lot of body fat, making you wonder what their tactics could possibly be. But, nevertheless, the gambling continues. And those select few who do find their way to Izu are dedicated as ever. With the 2020 Olympics being hosted in Tokyo, the Japanese will have to prove itself in the sport it invented. Perhaps this is the spark that Japanese keirin needs to get back on track….