Great road trips, there are many. But long before Route 66 was paved—indeed, many centuries before—the ultimate road trip was trekking the Great Silk Road that joins Europe with Asia. In its heyday, even before Columbus sailed the blue, travelers and traders made their way from the Mediterranean to China. Sure, fortunes were made on the silk trade, but anything from spices to bows and arrows could seemingly be found along these storied routes. And while many of the old roads and passageways have long since been abandoned, a new cycling event celebrates this legendary historic journey. 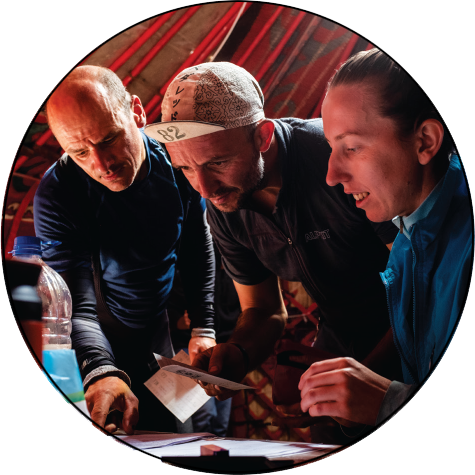 Simply titled the Silk Road Mountain Race, this one- or two-week affair (depending on your performance) is quickly making a name for itself on the ultra-distance cycling calendar. Situated in remote Kyrgyzstan, the event offers cyclists from around the world a chance to return to the once-illustrious crossroads of this historic trading route. Founded just over two years ago by British-French bikepacker Nelson Trees, SRMR is quickly becoming a goal for cyclists looking for an ultimate adventure.

“To be honest, my main concern at the start was simply whether we would even get enough people to come out for the race,” Trees says. “But quickly I realized that we hit a chord. We had 90 starters the first year and 135 in our second edition.

“Several years ago, I was living in China and I rode from Shanghai back to Paris with a friend of mine and when I passed through Kyrgyzstan I just knew I wanted to come back at some point in my life. The people, the scenery, it’s just amazing!” 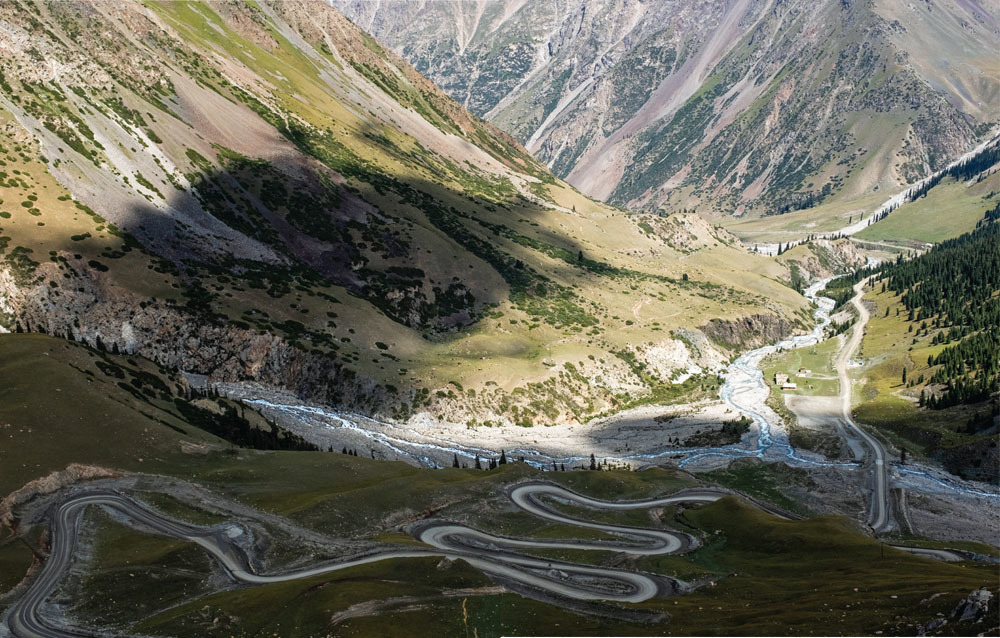 And despite the relative obscurity of this former Soviet country, Trees insists that Kyrgyzstan is actually quite accessible: “There are flights from Europe from 350 to 400 euros and, unlike many countries in this part of the world, there are virtually no visa requirements.”

Himself an ultra-distance rider and three-time veteran of Europe’s Transcontinental Race, Trees wanted to offer cyclists an ultimate adventure, one that combines extraordinary landscapes with an ultimate sporting challenge. “I definitely thought of the event from a rider’s perspective as I designed, and then scouted, it. Having ridden it all, I could see how it would play out in the race,” Trees says. “For the overall format I was inspired by the Transcontinental where the staffed checkpoints really add something to the experience. And that is especially true in Kyrgyzstan where riders are out in the wilderness and exposed to the elements; the checkpoints are like islands of warmth and comfort. There’s a great atmosphere in the yurt camps as the riders come through and get the chance to share what they’ve just been through.”

For the record, from the physical aspect, the SRMR is plenty challenging as there is about 1,800 kilometers of riding that includes over 30,000 meters of climbing. But the dividends are readily visible with unique views from 4,000-meter-high climbs or memorable encounters with local children only too happy to give you a bottle of horse milk on a hot day.

Cyclists, however, must really be prepared for just about anything. “Only about 20 percent of the event is on tarmac,” says Trees. “But that is Kyrgyzstan tarmac, which is often not the best. And the rest is some kind of gravel, anything from smooth gravel roads to washboards to really rough 4×4 tracks and even small bits of single track and animal tracks.”

Like so many of the ultra events, the Silk Road Mountain Race is virtually unsupported and participants must carry all supplies with them. Camping gear is a must as are clothes that will allow them to ride from extreme heat to subfreezing conditions.

“It is very difficult to guarantee anything,” Trees says honestly. “Every rider has a spot tracker with a GPS function and we have two medic cars on the course that are tracking the different participants. This is not about marginal gains. It is pretty minimal. You have a start point and a finish point. And you are on your own. It’s not intervals and watts. It’s just a bunch of people out in wild conditions.”

While the event has already attracted specialist racers, the majority of participants are amateurs in search of an ultimate adventure. And some, like South African Guy Jennings, are clearly learning as they go along. “You know, the next time when a race manual states ‘we strongly advise using a tent,’ I think I may just listen,” he says. “I bedded down at about 3,400 meters on the first night, only to awake frozen solid at minus-10 degrees.”

Jennings earned the name “One-Pedal Hero” for a series of mishaps. Breaking his crank one day he actually rode nearly 160 kilometers to the finish of the stage. But then, to continue, he first had to take a 300-kilometer taxi ride for an unprecedented pit stop to Bishkek, Kyrgyzstan’s capital city, to get a new crank before returning to the race. Still riding within the cut-off time, he then broke a pedal climbing the Tong Pass, had to ride back down until he was able to bargain for a plastic pedal from a child’s bike, before riding back over the mountain and eventually finishing.

“It was a huge sense of relief and satisfaction just to finish,” Jennings says unsurprisingly. “With each one of my mishaps, I kept calm and just thought of how to sort the problem out. But sometimes I did think ‘WTF, what next?!’ But I really was determined to finish this race and it just felt wonderful to cross the line. The ice-cold beer served was pretty fantastic too!”

And while Jennings came solely for the adventure offered by such an event, those that came here to race were equally satisfied simply to finish. “Honestly, winning doesn’t mean a lot to me,” says American Jay Petervary, who won the first edition and finished third in 2019. “Yeah, I’m proud, but what I really like is reflecting on everything that I have gone through to get to the finish. A lot happens in eight days on the Silk Road Mountain Race route.

“For me the real beauty comes from learning and understanding from everything that happens. Most people could not comprehend all these situations that occur, things like wearing holes in my shoes, sleeping in the rain at high altitude, lifting up a sheep on to a horse, negotiating to get into a guest house late at night, tripping over and through mountain passes, fixing multiple flat tires daily, you name it. But firstly I am in a race against myself and a clock, not others.”

Even for race organizer Trees the finish line is pretty special. “My biggest satisfaction is talking to people at the end of the race and seeing how it affects them, and the impact it has on their lives. Often it’s the tough times that stay in their memory and really give them that sense of satisfaction of having overcome something when they get to the finish line,” he says. “That’s why we do this sort of thing!”

The third edition of the Silk Road Mountain Race starts on August 20, 2020. silkroadmountainrace.cc