In 1928, Paris was roaring and one of the places to see and be seen was the Vel d’Hiv velodrome for the Paris 6-day race. This menu encapsulates the essence of Parisian high society and how the swells took in the race. The waiter opens a bottle of Champagne as he attends to the needs of the cigar-smoking aristocrat, who has just tendered a 1,000-franc prime. Nearby, the woman in the red dress enjoys a martini as the riders can be seen whizzing by. A look inside the menu shows the patrons dined on a lavish meal that started with mousseline Margot, moved to salmon and finished with cheese, fruits and tranche napolitaine ice cream. And, of course, Champagne, lots of Champagne. 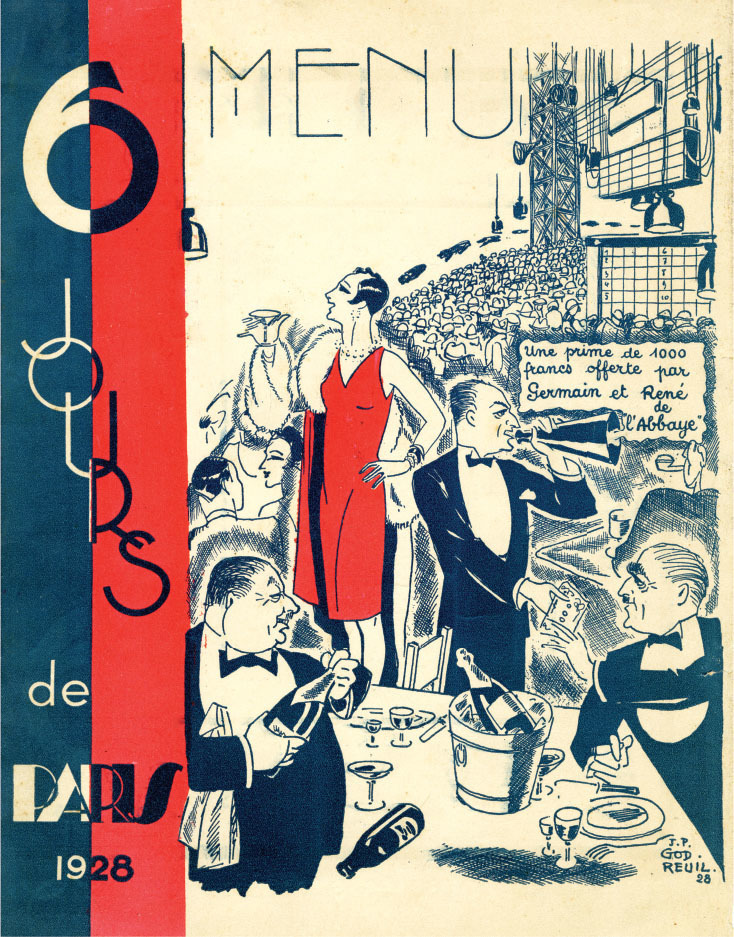 From a sporting perspective, the line-up of riders reflected the unquestioned importance of the Paris Six. Track stars Piet Van Kempen from the Netherlands, Alfred Letourneur from France and Reggie McNamara from Australia lit up the track, while Frenchmen Charles Lacquehay and Georges Wambst took the overall victory with a stunning performance on the final day of racing.

Also check out Shooting From The Hip: Raphaël Géminiani at 94