Dan Hughes is a gravel legend. When the BWR [Belgian Waffle Ride] team decided to host an event in Lawrence, Kansas, he was enlisted to help design the course. The owner of the Sunflower Outdoor & Bike Shop, Dan is also a talented photographer and had his camera in hand in Lawrence the day of the October 31 race. 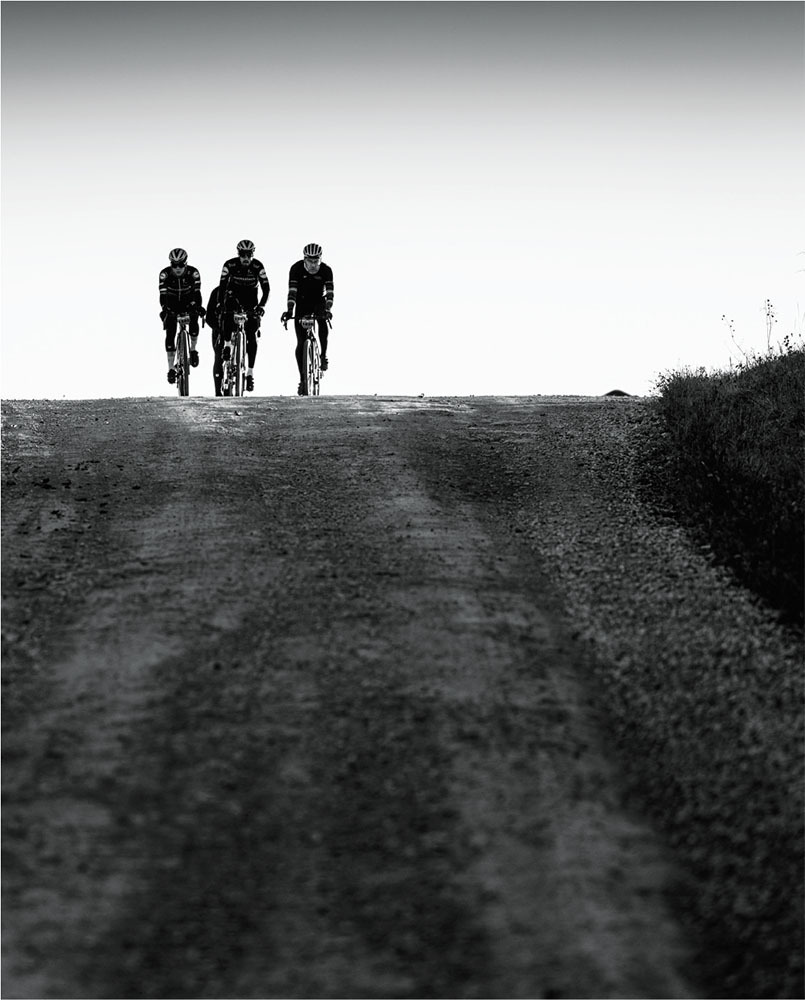 What did it mean to you personally to have this event come to fruition on your home turf?

I have been fortunate enough to ride a lot of places in search of gravel, and everywhere I’ve gone the gravel is unique. Flint Hills gravel is not the same as Nebraska gravel is not the same as Iowa gravel is not the same as Canadian gravel, etcetera, etcetera. Throughout all those rides there was a kernel in the back of my head that was basically, “Hey…we’ve got great gravel in northeast Kansas and we should show it off on a big stage. What’s Emporia got that we ain’t got?”—no offense to Emporia…I love Emporia. So to have the BWR folks decide that they wanted to have a Midwest race and pick Lawrence as the launching point was kind of a dream come true. The reaction from almost everyone I talked to post-race was pretty gratifying as well: The course was hard, the views were great and Lawrence showed off its hospitality. The only “downside” was watching riders like Remco Evenepoel make mincemeat out of our tougher climbs…those riders are super-human! The Steve Tilford Foundation was the beneficiary of much of the BWR weekend. Steve’s influence was all over the event, from the road section that was used to the tweaking of the two longer routes to 111 miles and 111 kilometers respectively. Steve was a fan of the numerology of ones repeating themselves, so we thought it was a great idea to include them whenever possible.

We’ve watched as your photography has evolved. Can you fill us in on that process; and where does photography fit into your life?

I picked up photography at about the same time I picked up a bike, which is to say “in high school.” I was the dorky newspaper/yearbook photographer that rode double-centuries—on the road…before gravel—on the weekend and then spent weekday afternoons in the darkroom developing film. That I worked at a camera store during high school also helped. I think both cycling and photography had a technical aspect to them—whether it was bike choice or lens choice—that intrigued me and allowed me to tinker with things and express myself at the same time. I would say in both categories I’m a journeyman-level at best, but I kept plugging away at both!

You have quite a history of gravel riding success. Where are you at now with riding and racing and your business?

I’ve been very fortunate to be there on the ground floor for the gravel explosion, so by sheer virtue of being around a long time I’ve been able to sneak away with some good results. Four times overall champ at DK200/Unbound, a gravel worlds overall and Trans-Iowa V13 are more than I could’ve hoped for competitively; but that game changed a while back and I’d be fooling myself if I thought I could go toe-to-toe with the truly fast people of the sport today. And I’m okay with that. These days I get just as much enjoyment from having my butt handed to me by my 18-year-old son as I did mixing it up with Yuri Hauswald back in the day. And Sunflower Outdoor & Bike Shop has simply been my home for the past 30 years. I find joy in getting people outdoors and on their bikes. In some ways it’s no different than sitting in the finishing chute of a gravel race and welcoming home all your friends and celebrating their day with them. I used to do it when I was the first person over the line. Now I find other ways to be there, whether behind a lens or under a gantry.