“It’s our goal to continue to manufacture in Japan forever….”

This is no empty promise. Izumi Chain began manufacturing chains for bicycles 103 years ago, and while the company has expanded to manufacture chains for other industries beyond the bicycle, Izumi has always done it in Japan. Named for a city just south of Osaka, Izumi’s facility is a sprawling manufacturing complex. In one building, giant hydraulic presses that seem designed to make noise as much as chain parts stamp out steel plates. In the next building, the freshly minted chain plates, rollers and pins are assembled into finished chains in a facility as clean as a hospital operating room, with the finished product hypnotically slithering out from the assembly line. 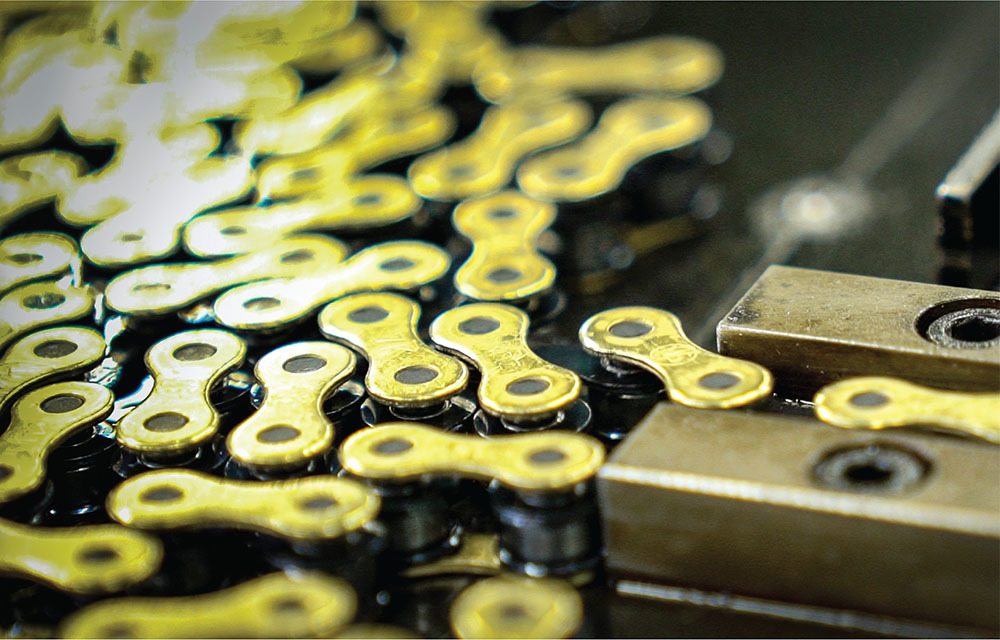 Izumi’s president, Kazuyuki Higashino, sits with us in his quiet boardroom, away from the steam, heat and noise, to explain just how committed to the humble chain his company is. “So, how to say this…,” he begins, slowly. “Chains are often overlooked, but we recognize chains are actually a key part in cycling, so we always look to how to better and more accurately increase transmission efficiency.”

While Izumi makes many chains under its own banner, like the Izumi V, a single-speed chain prized by Japanese keirin racers for its incredible strength and efficiency, it’s no surprise that Izumi is also the manufacturer of all of Shimano’s high-end chains. It’s a relationship with a very long history. “Shimano and other customers come to us with their top-end projects, because they know we can meet their standards,” Higashino says. “We are required to have high accuracy in building, especially for Shimano’s high-end chains, so we have honed our building technology. As they continuously produce new products, we get requests to manufacture these new products, because of the relationships and our technologies, which no one else has.”

To maintain these demanding standards Izumi and Higashino are committed to keeping not just manufacturing in Japan, but to use Japanese raw materials. “As for processing and building chains, perhaps China or other countries are able to manufacture good ones. But in terms of how well you can sustain the quality and manufacture them, there are merits to manufacturing in Japan that other countries have yet to match,” Higashino continues. “As for raw materials, mainly it would be steel, special Japanese steel, that meets our exacting standards. Of course, the quality of raw materials overseas is getting higher, but their quality has not caught up with Japanese raw materials, and that is a fact. There are many Japanese manufacturers who are particular about that, and that’s one of the biggest assets in making products in Japan.” 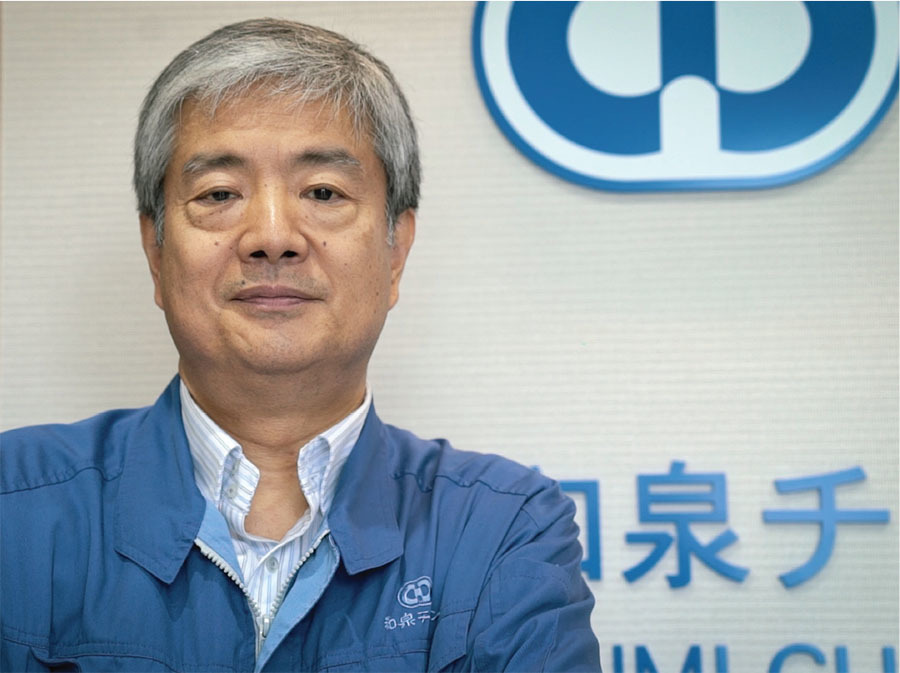 It’s almost ironic that such monstrous, cacophonous machines rumble along creating such small and refined parts. It’s as if they, like company president Higashino, want the world to know just how important the unassuming chain is. It is literally the physical link that translates your effort into the energy that the bicycle can use. Here at PELOTON, we’re glad that Izumi Chain’s Higashino is the keeper of the chain and expert in his company’s mercurial production. If he believes Japan is the place to make the best chain then we are believers too. “I think the same way, and we need to continue it. It’s our goal to continue to manufacture in Japan forever, even as other countries compete. At this point, I think manufacturing in Japan is one of the most important points for Izumi Chain, and we, our customers and consumers place much value on this aspect.”