As bicycling exploded in popularity in the late 19th century, the inevitable transformation of the bicycle from its humble beginnings as a transportation device to one used in competition was quick and certain. For amateur sportsmen, “century runs” (now referred to as centuries) allowed cyclists the opportunity to spend a day riding with likeminded enthusiasts zipping through the countryside at speeds ranging from leisurely to racing.

This medal is quite different from the commonly themed and often rather unimaginative medals of the day. What really grabbed our attention were the precious metal used, the medal’s design and the ride detail. These elements speak volumes to the fact that there were plenty of people willing to spend real money on the new sport. One of the domestic hot spots for bicycling was New York, whose residents were absolutely awestruck with cycling, with clubs sprouting up throughout the city and the surrounding boroughs and towns.

This particular “run” was held September 30, 1894. Starting at the tony Gramercy Park in Manhattan, the riders pedaled to Islip, Long Island, and back, a 100-mile round trip. During this transitionary period in cycling history, the Islip ride would have included both high-wheel and safety bikes, with many riders still holding to the notion that the high wheeler (or penny-farthing) was superior to the then newfangled, chain-driven safety (with two wheels of the same size). 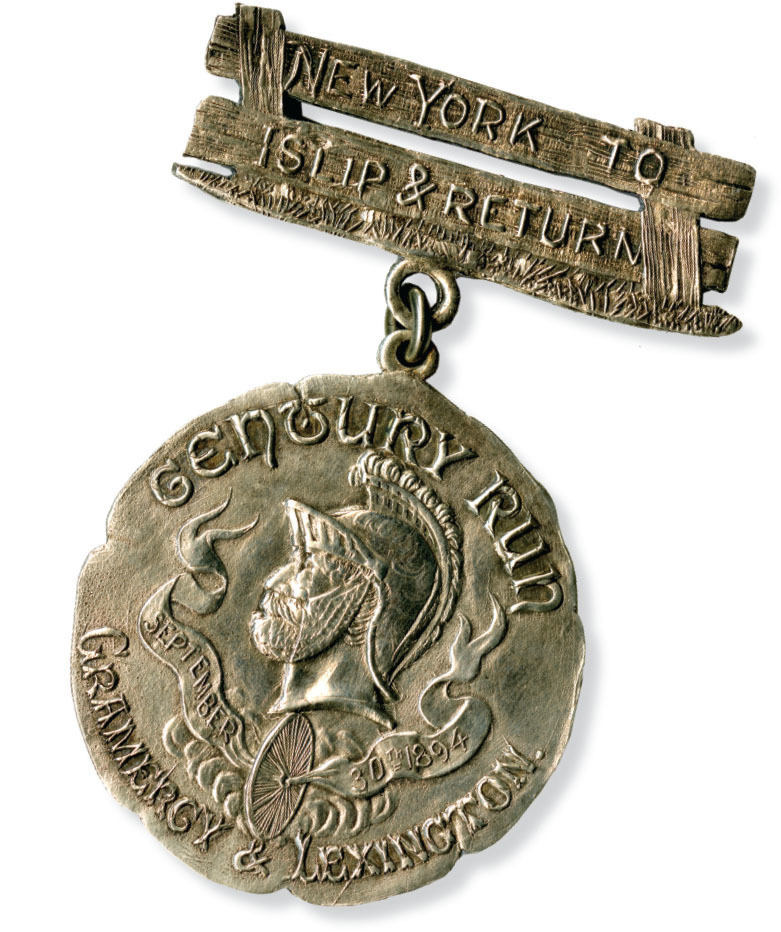 Whatever their choice of steed, the finishers were presented with this Roman-centurion-meets-Americana sterling silver medal. Love it!