I am so honored to have known Patrick Sercu for more than 20 years. It breaks my heart that he has passed away at age 74.

It was 1995 when I first met Patrick. Shelly and I were guests at the Ghent Six in Belgium. (Apologies in advance for dropping names, but the story makes no sense otherwise.) There I was, a dopey kid from San Jose, California, sitting with Eddy Merckx ready to watch the start of the storied Ghent Six. Out of seemingly nowhere, Patrick appeared to greet his pal Eddy. Eddy then introduced me to Patrick. Little did I realize then how my friendship with both gentlemen would continue to grow over the next two decades.

One time when I visited Patrick at his house, we somehow landed on the topic of the equipment he used as a rider. I asked him what he had left. The answer was: “Very little, maybe some old parts in the garage.” On a subsequent visit, I asked if I could take a look at the old parts. When I looked into the box, among the pile of dusty components was what has become one of the most sentimentally treasured items in my family’s collection: Patrick’s cog. I didn’t even have to ask. He simply said, “Take it. I’m afraid you might otherwise start crying.” 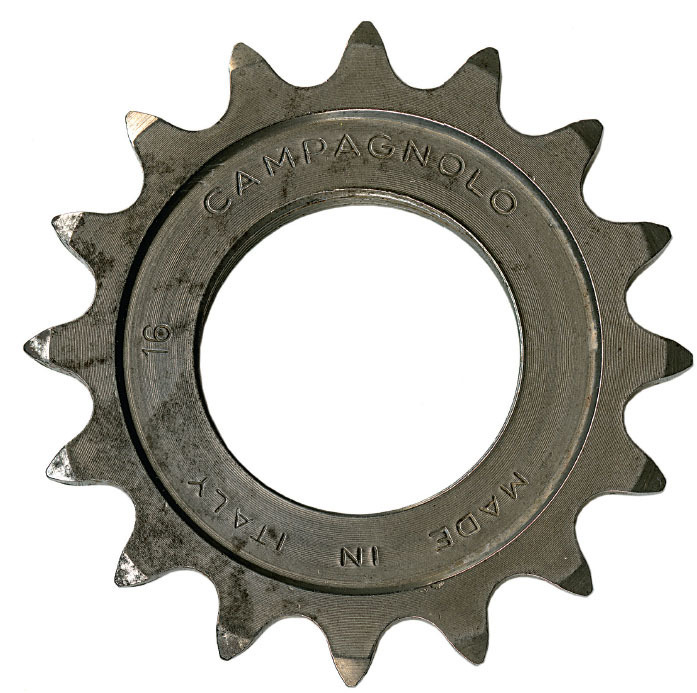 A simple 16-tooth cog, but so much more. In its simplicity it has a wonderfully refined elegance. The oil stains and wear marks only add to its appeal.

Shelly and I have now been to Ghent so many times to attend road races, track races and visit friends, I couldn’t even begin to guess the number. To this day, every time I walk into the Kuipke velodrome I feel like I am walking into the house that Patrick built.

After Patrick finished his career as the winningest six-day rider of all-time, he found his way to becoming the race director at Ghent. My initial introduction to Patrick paved the way for Shelly and I (and later our son Trevor), to get to know Patrick’s family including his son Christophe (and his wife Inge), daughter Camille, and their handsome dog Wilson. Over the years, the entire Sercu family has been incredibly nice to Shelly, Trevor and me.

Trevor made his first visit to the Ghent Six in 2005 when he was just three months old. The Ghent Six was where our son took his first steps. At the 2016 Ghent Six, he was given the honor of handing Brad Wiggins a winner’s bouquet during Brad’s last race as a pro. Most telling, the Ghent Six is where both Shelly and Trevor became lifelong cycling fans. Every one of those events happened in Ghent because of Patrick’s kindness and friendship to our family.

Yes, I am really sad about Patrick’s passing. It will take some adjustment not seeing him trackside each November. He was a straight-up, no-BS kind of guy who was very much the epitome of a gentleman. Knowing him made a special part of my life that much more fulfilling. As much as Patrick loved cycling, he loved his family more.

Patrick’s cog? It resides along with several of his jerseys and trophies, displayed for many years now, in a case at my home. That simple, elegant cog isn’t going anywhere.