The Tour de France may well be the only thing more associated with the country of France than its legendary wine and cheese. And, now, a château owner is trying to bring the two together. Jean-François Delort grew up in and around his family’s home in Saint Martory at the foot of the Pyrénées, but it was thanks largely to cyclists from around the world that he understood the potential for his château as a cycling destination all its own.

The Pyrénées, of course, are forever embedded into the history of the Tour. It was here that the race first ventured into the high mountains back in 1909 and, for over a century, some of the Tour’s greatest chapters have been written here. 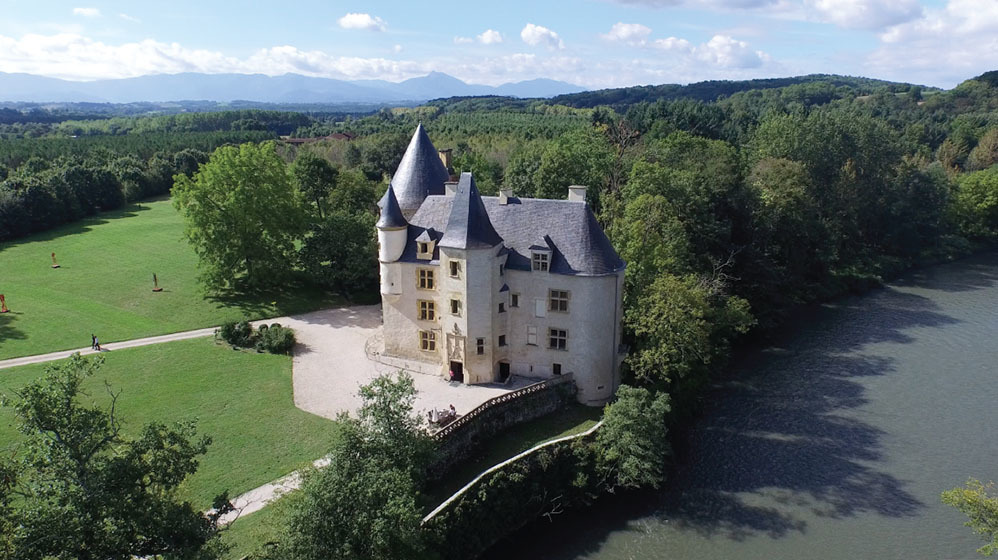 And in recent years tourism offices around the region have made a concerted effort to make it a true cycling destination.

Like all French kids, Delort remembers watching the Tour on television or occasionally seeing it pass through his region, but it was only when he started welcoming guests to the château in the past dozen years that he understood the potential to develop his location as a cycling hotspot. “It just happened naturally,” Delort says. “More and more cyclists started to come here and then, in 2015, we had a big group from USA Cycling that came here and that was a sort of catalyst to really develop the château as a cycling destination or base.” 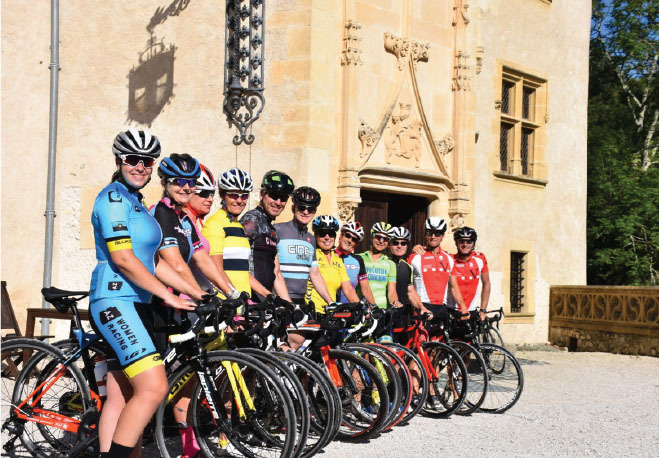 Overlooking the majestic Garonne River, it is hard to imagine a better cycling location. Cyclists interested in climbing will find a host of great climbs in the neighboring mountains including the mythic climbs of the Col de Menté, Portet d’Aspet and Port de Balès. And those looking for more gentle terrain can easily cruise along the valley of the Garonne that is laced with back roads and bike paths. “I’ll never forget the first ride I did here,” says Chris Gutowsky, director of Velo Vacations. “We rode north up the valley and we didn’t see a car for the first hour!” It was Gutowsky that organized the first USA Cycling trip and he has been booking groups here several times a years since then.

“The château itself is well equipped for cycling groups,” Gutowsky adds. “And then there is the region around the château that just makes it over the top. Jean-François is really open to new things and immediately understood the potential for cycling. He is fascinated by the sport and by the idea of working in his own way within it.”

Due to the increased interest in cycling, he is quickly transforming this historic location into a cycling-friendly haven, turning old barns and stables into secure storage rooms and a service course.

“On a personal level I have really connected with the cyclists,” Delort says. “With them I am not renting the château out for a simple party. They come here to profit from the château and the region, so it is a delight for me! We custom-design each visit. If the cyclists are focused on performance, our chefs can design meals that fit their nutritional needs. But if they also want to indulge in the many regional specialties, well, we can gladly do that too. For example, we can do an entire meal around wine and cheese, discovering up to 15 regional cheeses and wines that accompany them perfectly. Another thing we like to do is have a poolside barbecue with the village butcher. That is just a great thing to do after a long ride!”

“Finding good housing in the Pyrénées is never easy and when I found the château I immediately knew that it had real potential as a cycling spot,” says Gutowsky, who has been organizing cycling vacations in France for more than 20 years. “It is definitely one of the best locations that we have had over the years. They have done such a great job restoring the château and it is so well equipped for cycling that you can really feel at home here.”

From issue 78, get back issues here.